The Market for Microfinance in Russia

Microfinance involves providing individuals who do not have access to the banking system with small credits, or loans to help them to cover their expenses. Microfinance activities in Russia started in the 1990s in the post-Soviet era. Until 2010 the provision of consumer loans was largely an unregulated market segment.

Microfinance Business Law was released in 2010 and created microcredit companies ("MCCs" or "MCOs"), a new category of financial organisations. Microcredit Companies are permitted to provide loans on a regular basis subject to strict regulations. Although some banks have structured their consumer lending branches as MFCs, due in part to the financial crisis in Russia in 2014 and 2015, the banking sector largely neglected small businesses and the less well-off section of society.

The Russian microfinance market is currently growing by approx. 25% per annum with the online segment growing close to 100% year-on-year.

Rapid market growth is clear evidence of strong demand for financial services among less well-off segments of Russia’s population who also demand the technological capability to provide these services in a simple way and at convenient conditions.

Since 2014, the CBR has been implementing reforms in the microfinance sector to ensure consumer protection, increase levels of transparency and quality of services in the sector. This has led to introduction of KYC procedures, AML and other compliance in line with the best world practices, minimum capital requirements, economic ratios for microfinance institutions, requirements in relation to accounting and risk management procedures, maximum interest rates and charges, limitation on the total amount of liability in consumer loan products, etc. As a result of this, smaller and inadequate players withdrew from the market.

According to the CBR statistics, the number of MCOs decreased from 4,200 as of December 31, 2014, to 1,774 as of December 31, 2019, representing a reduction of approximately 57.8%. Additional restrictions on consumer loans came into effect on July 01, 2019, reducing the daily interest rate by 1% and a maximum recovery amount representing a sum of interest, penalties and other charges and commissions being limited to 200% of the principal amount of the loan ("Maximum Recovery Rate’). The Maximum Recovery Rate was further reduced to 150% of the principal amount of the loan from January 01, 2020, resulting in a further reduction in the number of MCCs and MFCs operating in the sector. 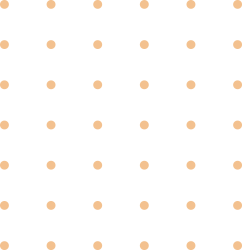 As of 2018, the government's stake in the Russian banking sector had increased by two thirds as a result of the country's largest banks undergoing financial rehabilitation. Reduction of banking licenses and thus operating banks have widened the unbanked segment of the population. Many low-income households therefore do not have access to credit from traditional commercial credit institutions, since they do not have enough collateral.

This, combined with the low social security protections in Russia hastened by the onset of the financial crisis and the growth of the Russian free-market economy, has driven those on low or unstable incomes to seek alternative sources of finance. This trend is expected to be further amplified by the economic turmoil caused by the coronavirus pandemic.